I’ve posted on this before. People spend a lot of time looking at the developing world and comparing their energy consumption with the OECD. I’m one of them. But it is enlightening to look at the differences within a country. Fortunately, the U.S. Department of Energy publishes statistics at the state level. 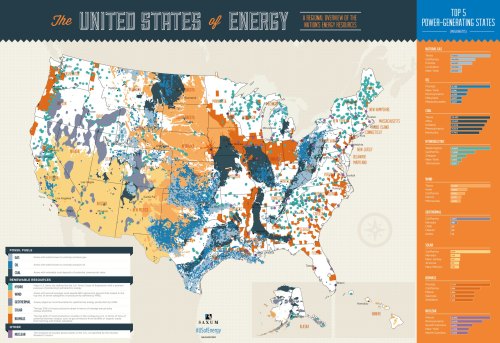 Although Canada and Iceland consume prodigious amounts of energy per person, they don’t hold a candle to Wyoming, which has a per capita energy consumption of 949 million btus annually.It’s a darn good thing they don’t have many capitas. They are joined in their profligacy by Alaska (873 mbtus), Louisiana (849 mbtus) and North Dakota (788 mbtus). Hmm. I wonder what they all have in common? Canada, another energy producing region, consumes at the 426 mbtu level.

At the other end of the scale are Rhode Island (173 mbtus), New York (179 mbtus) and California (201 mbtus). What they have in common is they’re rich. Green, green Germany clocks in at about 250 mbtu and the goal should actually be the Dutch at about 161 mbtus.

If you’re concerned about lowering energy consumption, asking yourself how we go about making Wyoming more like Rhode Island, my personal answer is don’t bother. Wyoming is an energy producing region with a small population. So are the other high burners.

I’m one of those less concerned with how much energy is consumed than I am about what is burned to provide that fuel. California for me gets extra brownie points (named after their governor) because they are the number 2 state in renewable energy (after hydro-happy Washington). That darn Delaware not only uses a lot of energy per person, it is last in renewables. Washington produced 75,905 gigawatt hours of renewable electricity in 2010, compared to Delaware’s 138. That’s right, three digits. Grow some mountains! Cry me a river!

We’ll give Illinois a bit of a break because it leads the country in nuclear power, producing more than 96,000 gigawatt hours. 19 states tie for last with zero, zip.

If I were an energy czar I would use this data to create benchmarks, telling states in the lower tier of each category to get up to at least average. I would use nudges, rewards, penalties and maybe even game shows.

That should be the point of breaking these numbers down this way.