Update: Just for clarity’s sake, I do not in any way think that Roger stole my idea or plagiarized my report. I honestly don’t, and I’ll put a ‘Willis Eschenbach’ style of memoir post explaining why. Roger emailed me assuring me that was the case and I believe him.

Over at the Breakthrough Institute, Roger Pielke has published an interesting article that basically replicates the work I’ve done  here at 3,000 Quads.

In arriving at his projected totals for future energy consumption, he uses the exact same methodology as I did in my report–picking a country that has ‘x’ level of energy consumption and calculating the result if the developing world reaches that level of prosperity. It’s sobering stuff.

I sent Roger the report  in November of 2011 and a couple of weeks back he mentioned that he was working on something similar. He came up with similar answers, although he doesn’t use a timeline for achievement the way I did–I predicted 947 quads by 2030, roughly 2000 quads by 2050 and 3000 quads by 2075. (Not that I’m claiming the idea is my intellectual property–Dan Nocera has been writing in a similar vein for several years as well. But a hat tip would have been nice.) 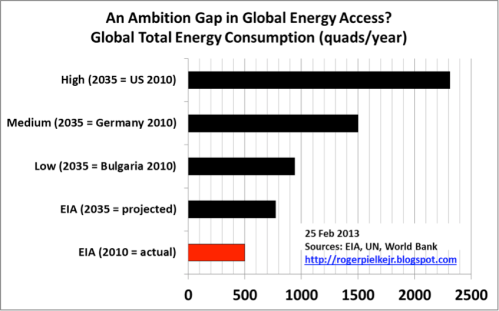 And here’s one of mine: 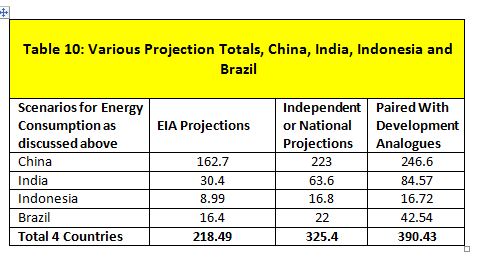